COVID-19 Update: What is next for the markets?

During 2020, the stock market has been highly volatile and beset by two major sources of uncertainty: the course of the COVID-19 pandemic and the November 3rd U.S. elections. Today, we still do not have clarity on either, and we expect markets to continue to be volatile. A key question for investors at this time is whether there will be a further fiscal stimulus. As we have observed in our market updates this year, the path forward for the U.S. economy, and thus the U.S. stock market, hinges on the course of the pandemic and the timing and size of further fiscal support from the U.S. government.

Market movements this year have so far been a drama in three acts.

Act one was the collapse of demand and market panic in March during the onset of the first wave of the pandemic. It was a dizzying drop, and the quickest bear market in U.S. history, with the market plummeting faster than it did at the onset of the Great Depression. 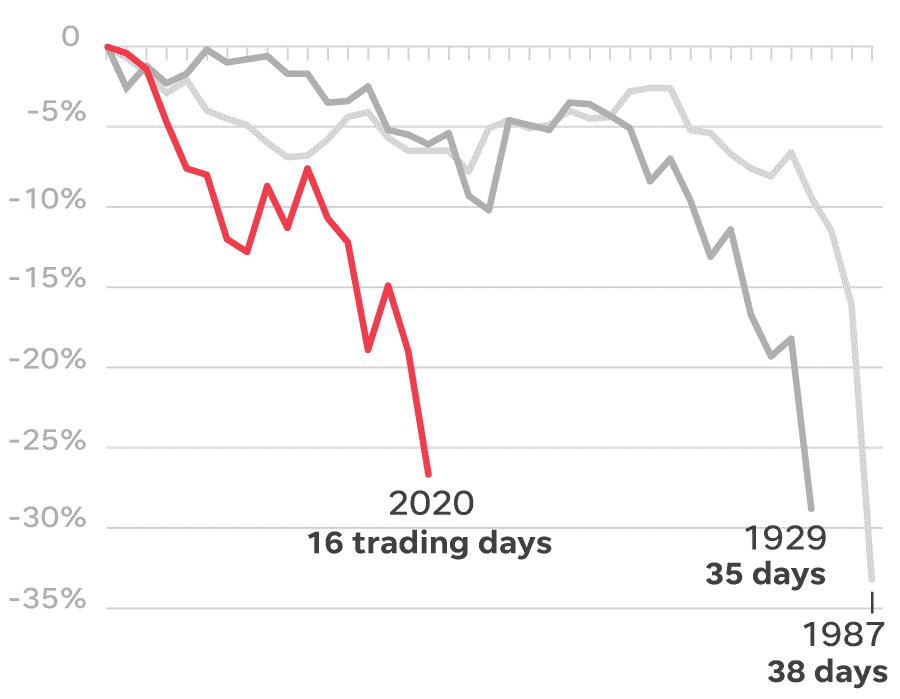 Act two was a sharp market recovery, fueled by extraordinary fiscal and monetary stimulus enacted at the end of March both in the U.S. and around the world. The impact of the fiscal stimulus on supporting household income was profound. Without fiscal support, personal incomes would have declined substantially (the blue line on the graph below). 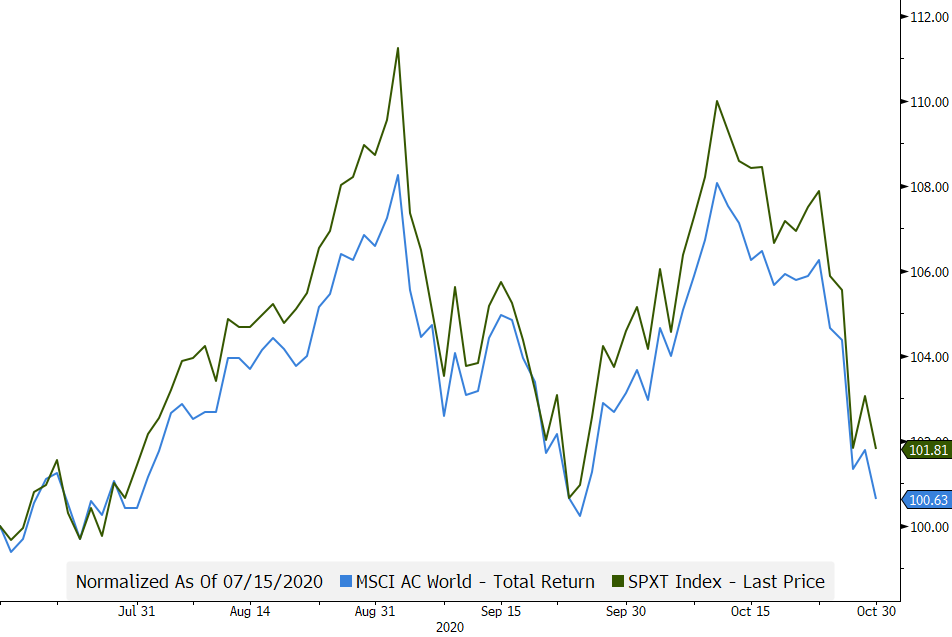 We have been stuck in the third act of this recovery because the pandemic continues and we do not yet have a further stimulus. At this stage, we are likely to see daily deaths rise to a higher level than this summer. The leisure economy will remain under pressure as households retrench throughout the winter. The key question is whether further fiscal stimulus will be provided. Many households are under tremendous strain, but publicly traded companies can likely manage through a three to four-month delay.

From a stock market perspective, the drama of this year has been full of sound and fury, but has signified almost nothing. As of the end of October, the S&P 500 is up a meager 2.8% for the year, a level it first reached in mid-July. In July, there was still an expectation that further fiscal stimulus might be forthcoming before the election. With COVID-19 surging around the nation, consumer spending and household incomes will be impacted throughout the winter. Markets are forward-looking, and must weigh the beneficial impact of potential further stimulus against the damage to the economy that will be done in the interim. 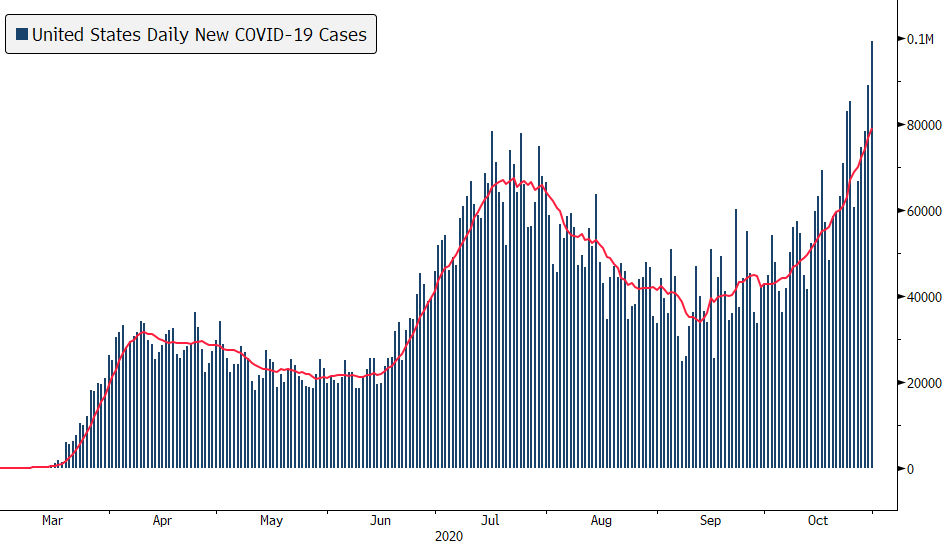 Household behavior is impacted by the level of virus spread in the community and by formal government restrictions. Consumers voluntarily scale back leisure activities rapidly when COVID-19 cases rise. As we saw in Q3 data, households shifted spending from services to goods as well as increased savings. Unfortunately, because many household goods are manufactured overseas, the trend does not increase domestic employment materially.

U.S. labor participation rates have been declining since 2000, but the pandemic has brought this level even lower. Many who have exited the labor force have done so involuntarily, for example, to care for children who cannot attend school in person. This will tend to keep wages lower than they would have been otherwise. 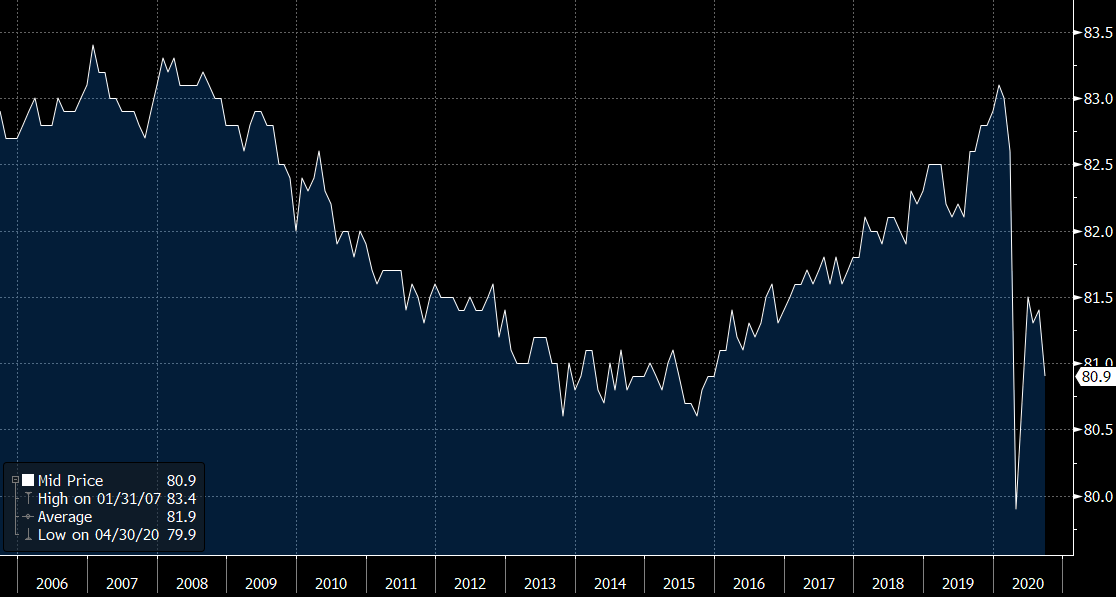 The value of a stock is largely a function of its “terminal value”, which is the value of all discounted company cash flows beyond an “estimable” time period. The terminal value hinges on how fast the economy is expected to grow and the cost of capital. If there is a fiscal stimulus that accelerates economic growth, this may tend to support stock prices.

In sum, because of the pandemic, the U.S. and global economy have a shortfall in demand and an excess in savings.  At this point, we still do not have clarity on when and how much more fiscal support may be on the way. We will continue to maintain “dry powder” in our portfolios and for now we will continue to focus investments on the high growth companies that have done well in 2020.